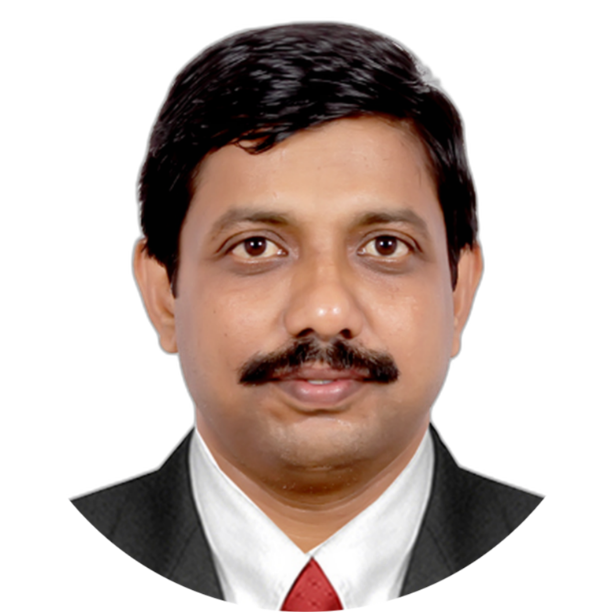 Back to Staff Directory

Loganathan R was born in 1972 in Coimbatore District, South India. He graduated in Computer Science and Engineering in 1994 from prestigious Bharathiar University. He holds Master’s Degree in Computer Science and Engineering from Visvesvaraya Technological University since 2004. He is also Postgraduate Diploma in Data Mining from Annamalai University, 2012. He did his research in Image Compression Techniques for which he Received PhD Degree from Sathyabama University Chennai.

Inspired by his teachers and more specifically in engineering education,he then started working immediately at the Department of Computer Science and Engineering at Tamilnadu College of Engineering, Coimbatore. After a year of service, he moved to Bangalore to get the glimpse of close proximity of Information Technology developments for updating his knowledge. With his strong values and commitment to the academics soon he became the Head of the Department in CSE at HKBK College of Engineering and implemented many innovative processes in teaching. During the same he guided many UG , PG and PhD students. Currently working as Professor and HOD in Sri Venkateshwara College of Engineering, Bengaluru.

Loganathan R has started working in the research area of Image Compression, Medical Image Processing, Wireless Sensor Networks and Machine Learning and contributed around 32 Publications in International peer-reviewed journals  and presented International and National conferences in various places. Apart from his academics and research he is interested in music and sports for which he contributed himself as a chief co-ordinator at College and University levels.

Home | About Us | Life at SVCE | Grievance-Redressal|  Alumni | Placements | NIRF